The 1822 series is Argüeso's premium range of longer-aged Sherries, with 8 years under flor for the Fino. Its green olive brine and almond flavours are perfect chilled, with a dish of plump olives. 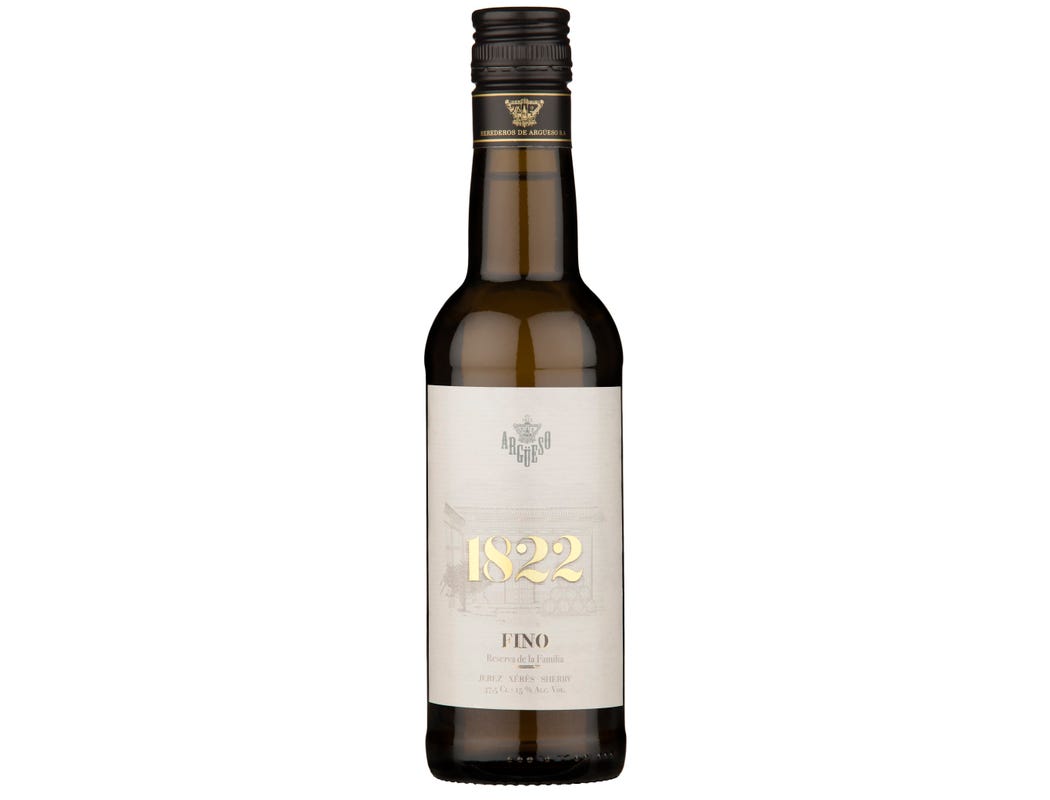 In 2016, Argüeso was acquired by Bodegas Yuste, with a view to increasing the reputation of the wines.  They have invested heavily in Argueso, including the employment of their own team of in-house coopers who have been tasked with repairing and upgrading all the barrels within the company  as it returns to its former glory.

Made from Palomino Fino grapes grown around Jerez.

Grapes which are identified as having a delicate and floral character are selected for Fino wines. Once the base wines have been made they are fortified and aged under flor in oak barrels. The solera is located in Miraflores on the southern edge of Sanlucar, a few hundred yards from the coast. We have worked with Argueso to create a specific blend which combines some of the weight of classic Jerez Fino, with some of the delicacy and salinity of Manzanilla.

Tasting Note: Pear, quince and almond on the nose. Real depth and texture for a fino, with good body and a refreshing hint of sea air on the fine, lingering finish.

Food Match: Ideal as an aperitif with nibbles, tapas or a gaspacho.