From Argüeso's premium 1822 series this is a 20-year-old example of the rare, dry Palo Cortado style. Its rich, walnut, apricot and allspice nose complements its elegant, long palate. 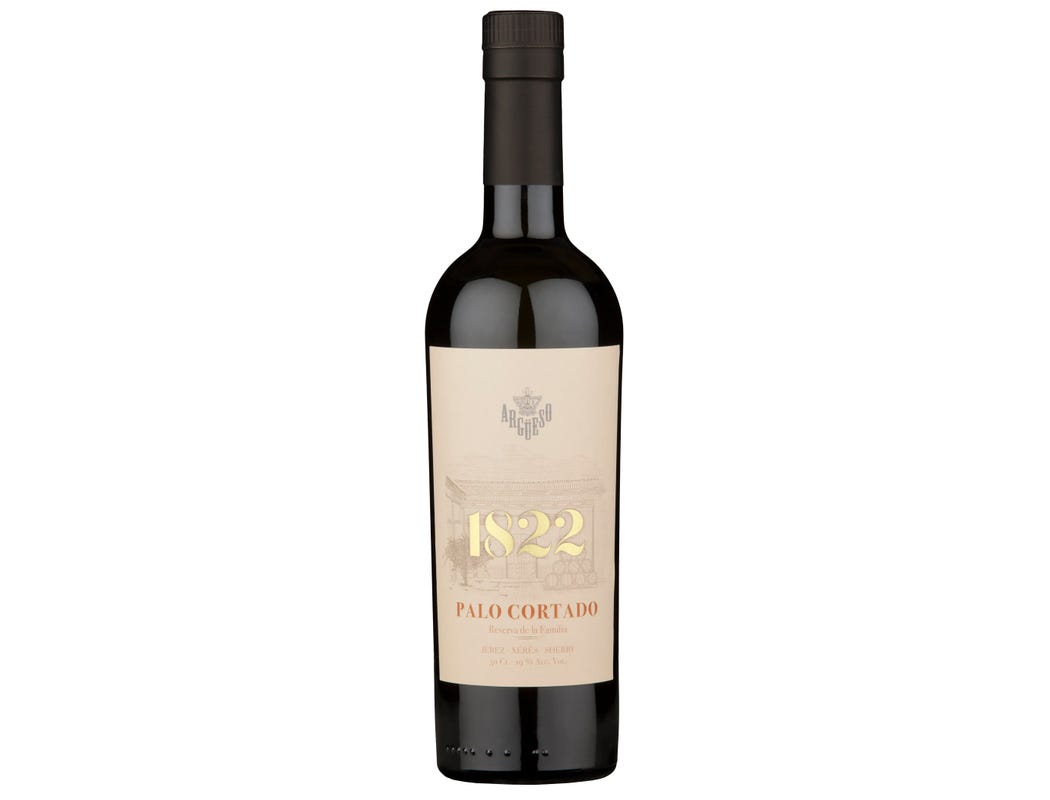 Bodegas Argüeso is a historic Sherry producer reborn and revived. Located in coastal Sanlucar de Barremeda, it  was founded by León de Argüeso y Argüeso in 1822. Originally from Burgos in the North of Spain, he settled in Sanlúcar where he opened a small grocery store called Almacén del Reloj. Shortly after, he acquired an old solera from the bodega San José in Santo Domingo, with an estimated age of over 250 years.

Through the generations the business gradually expanded, adding wineries around the original historic core of the Bodega San José in the heart of Sanlucar. Today, the compound spans almost two blocks and includes part of the former convent of Santo Domingo used as the warehouses “El Refectorio” and “La Sacristía”.

From a combination of old Palomino Fino vineyards around Jerez and coastal Sanlucar.

From some of the first pressings, this starts life as a Fino until the flor dies and the fortification is increased. After this it ages oxidatively for many years. This is approximately 20 years old from soleras in the cellars in Miraflores and Calle del Mar.

Food Match: Incredibly versatile; can be enjoyed with pheasant or pork, as well as rich fish dishes or even chocolate.