San León is Argüeso's award-winning Manzanilla Sherry, with 6 years under flor in Sanlúcar giving it a delicately floral, bready, yet distinctly saline flavour that is a great, chilled aperitif.

Bodegas Argüeso is a historic Sherry producer reborn and revived. Founded by Leon de Argüeso y Argüeso in 1822 in Sanlúcar de Barrameda, their speciality is the dry, delicate Manzanillas that are matured only in this pretty coastal town. 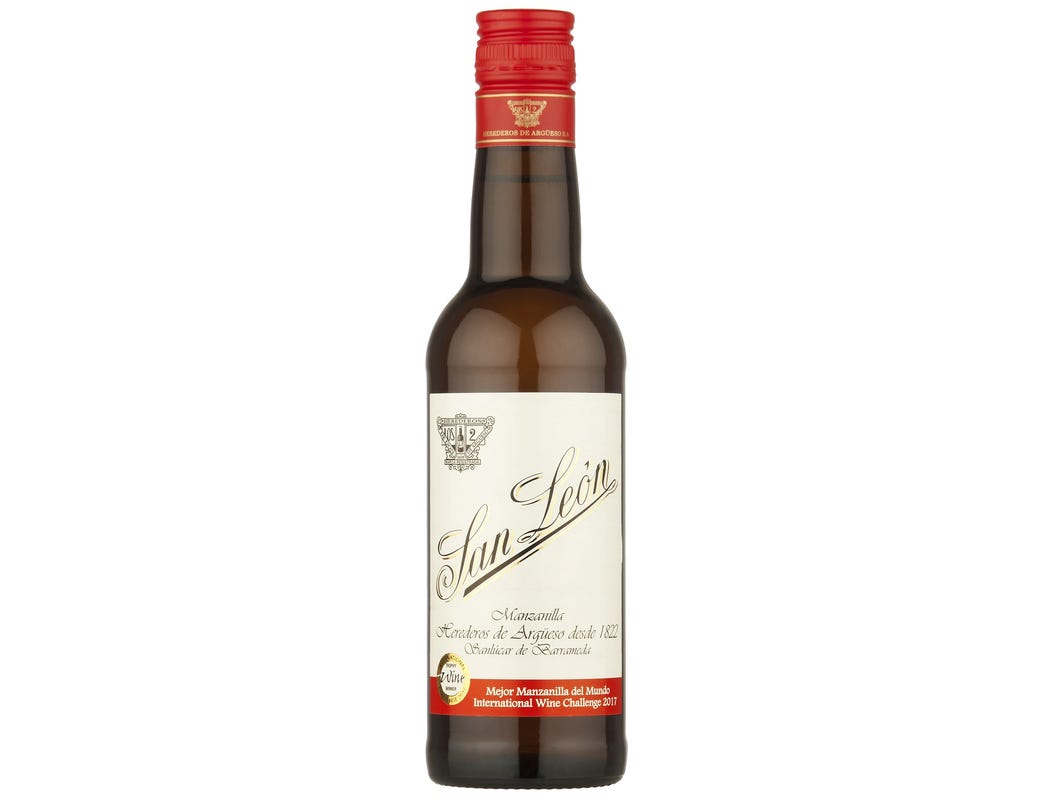 This award-winning Manzanilla is made by Bodegas Argüeso; a historic Sherry producer reborn and revived. Located in coastal Sanlúcar de Barrameda, it was founded by León de Argüeso y Argüeso in 1822. Originally from Burgos in the North of Spain, he settled in Sanlúcar where he opened a small grocery store called Almacén del Reloj. Shortly after, he acquired an old solera from the bodega San José in Santo Domingo, with an estimated age of over 250 years.

Through the generations the business gradually expanded, adding wineries around the original historic core of the Bodega San José in the heart of Sanlúcar. Today, the compound spans almost two blocks and includes part of the former convent of Santo Domingo used as the warehouses “El Refectorio” and “La Sacristía”.

In 2016, Argüeso was acquired by Bodegas Yuste, with a view to increasing the reputation of the wines. They have invested heavily in Argüeso, including the employment of their own team of in-house coopers who have been tasked with repairing and upgrading all the barrels within the company as it returns to its former glory.

The Palomino Fino grapes are grown on old vines in the high quality Miraflores sector; a gently sloping vineyard facing the Atlantic ocean, to the south of Sanlúcar.

Grapes which are identified as having a delicate and floral character are selected for Manzanilla. Once the base wines have been made they are fortified and aged under flor in oak barrels. The solera is located in Miraflores on the southern edge of Sanlúcar, a few hundred yards from the coast. This gives the wines a distinctive saline note.

Tasting Note: A floral nose allied to hints of white peach, fresh bread and tangy fennel and sea-salt characters. Tremendous character and complexity for Manzanilla, and a real step up from the large commercial brands.

Food Match: Ideal as an aperitif, with olives, sushi or prawns.

Check items to add to the cart or