£43.00
In stock
SKU
MWKMB
Add to Wish List Add to Compare
Kilchoman is the newcomer to Islay single malt Scotch whisky distilling, founded in 2005, using their own-grown barley. Machir Bay is their signature peated whisky, aged in both bourbon and Sherry casks. The distillery styles itself as a farm distillery, growing their own barley, malting it, peating it, distilling it and maturing their whiskies all on site. Machir Bay is named after one of the most beautiful beaches on Islay. It is peated to 50ppm, then primarily aged in bourbon, with a touch of Sherry casks, giving tropical fruit combined with sea salt and a whiff of peaty smoke.
Skip to the end of the images gallery 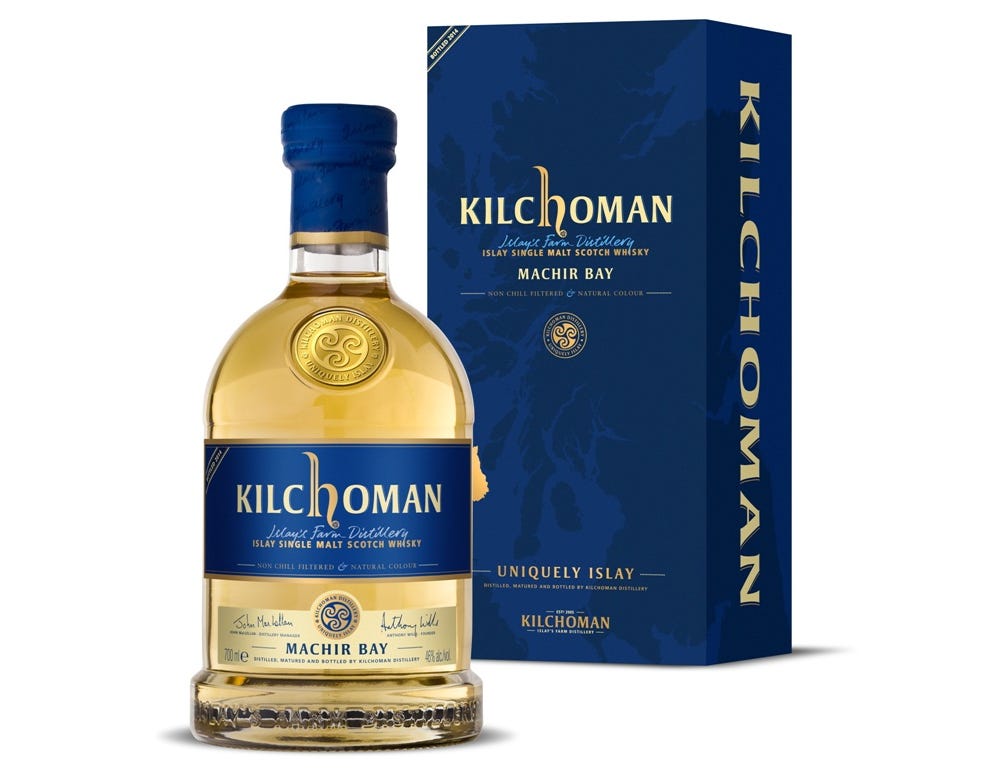 Skip to the beginning of the images gallery
More Information