The 1822 series is Argüeso's premium range of longer-aged Sherries, with 25 years in oak for the Amontillado. Its powerful hazelnut, wood spice and saltiness is perfect for jamón Ibérico. 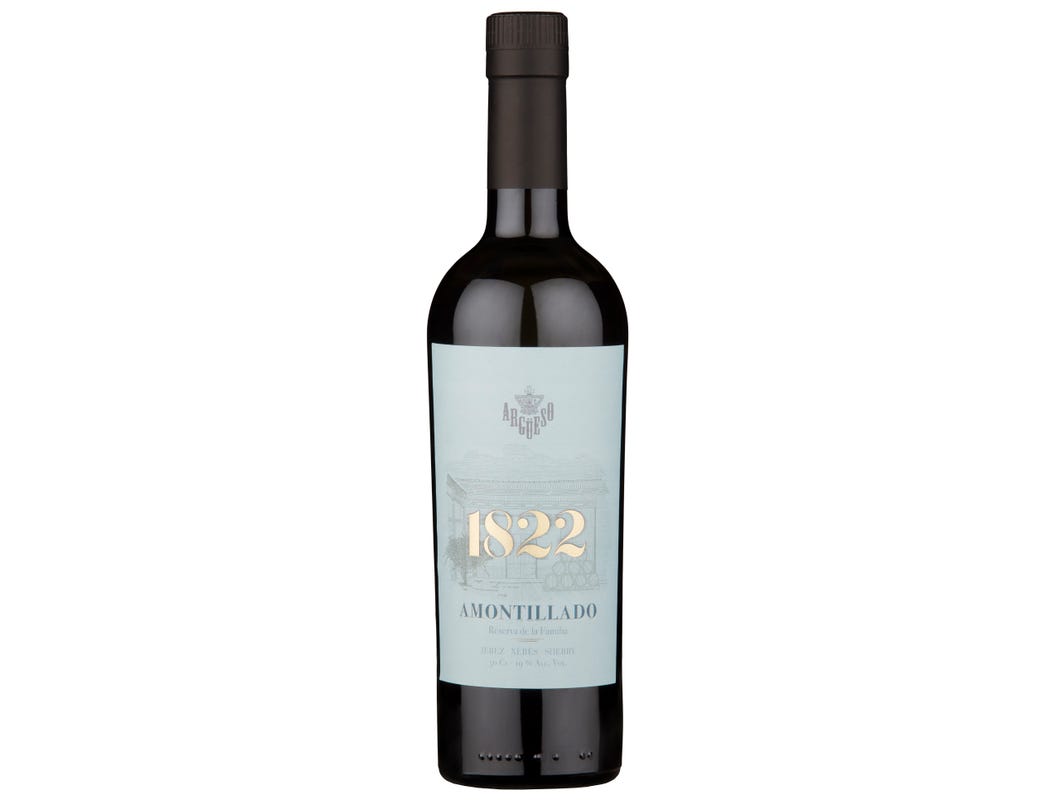 The grapes are grown on old vines around both Sanlucar on the coast and Jerez, a little inland.

The wine is fortified and aged as a Fino first (under flor) followed by oxidative ageing  in the oak barrels of the solera. This wine is a blend of barrels from the 1st and 3rd Criadera of the atmospheric Los Angeles warehouse in the Barrio Alto of Sanlucar. The average age of the material used is approximately 25 years.