The Raw Edition range uses these distillation and maturation techniques in order to maximise the expression of the grain itself. This is their first batch, of which only 300 50cl and 3 2.5-litre bottles were made. 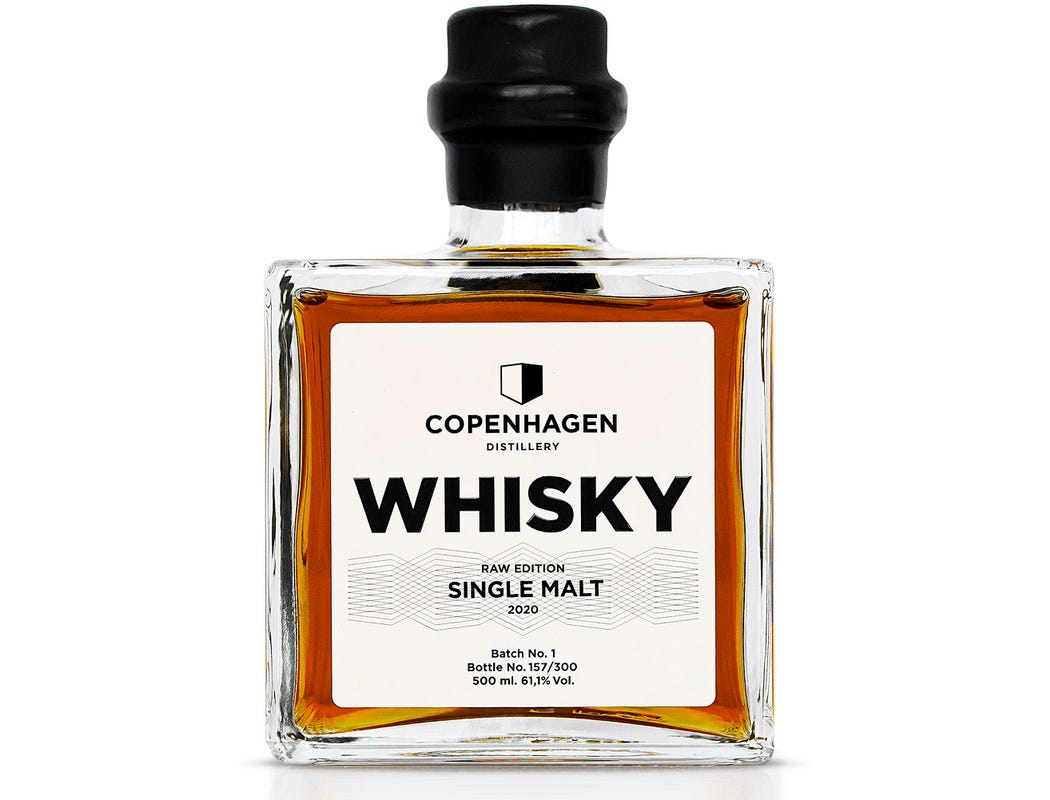 Skip to the beginning of the images gallery
Details
Copenhagen Distillery was founded in 2015 as the city's first craft distillery, and has innovated since its inception. With an initial focus on gin and aquavit, whisky-making was always part of the plan. This whisky is the 1st release in from their Raw range - a range focused on distillation and maturation methods that retain the core, raw aromas of the grains used in distillation (they also have Rare and Refined ranges, with different philosophies). A single malt Danish whisky, this was double and triple-distilled in a small, 300-litre still, using top-quality local, organic, unpeated, pilsner barley malt, giving a clean, crisp expression. Maturation uses virgin, air-dried, medium-toasted, small (100-litre) Hungarian oak barrels that reinforce the clean, clear characteristics. Tasting note: remarkably rich, yet with a fresh floral nose. On the palate its very malty, peppery flavours are accompanied by subtle earthy notes.
More Information