£102.00
In stock
SKU
GRARTPA
Add to Wish List Add to Compare
Artemis Karamolegos is the 3rd largest winery on Santorini, making very fine expressions of Assyrtiko, with 150-year-old vines in the single Papas vineyard creating this dense, chalky wine.
Skip to the end of the images gallery 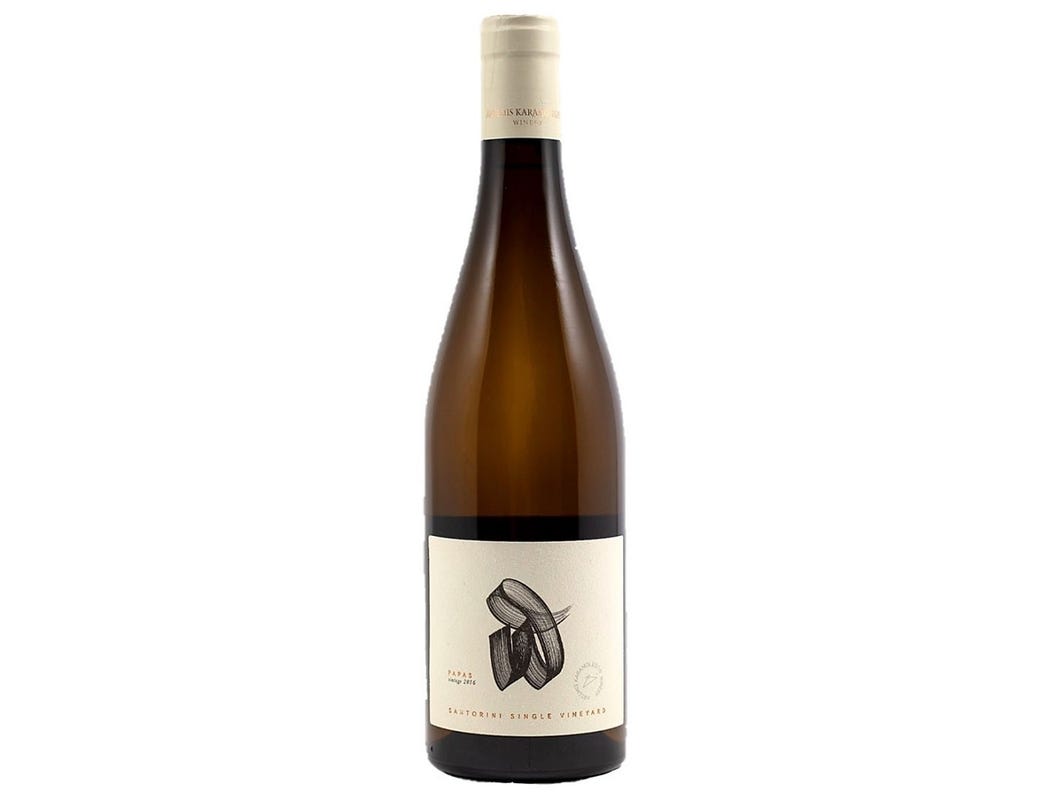 Although the Artemis Karamolegos winery was officially founded in the form we know it today in 2004, the Karamolegos family has a winemaking tradition that stretches back to 1952. Today it is the most widely awarded winery on the island of Santorini, with their modern cellar producing a range of of exceptional wines mainly from Assyrtiko, alongside other indigenous grape varieties of Santorini.  This is the third largest winery on Santorini, working with a combination of their own vineyards and  experienced growers across the island.

Santorini's unique terroir was forged by a huge volcanic eruption back in 1620 B.C. The volcanic soils create an environment that is uniquely hostile to Phylloxera, meaning that vines have remained on their original rootstocks. The dry, unforgiving terroir means  roots of the vines often exceed 20 meters long as the penetrate deep into the suboil in the search for water.  The vines can only survive in this arid climate due to the capacity of the soil to retain what little moisture there is. This is one of the world's oldest viticultural areas, with vinegrowing traced back over 34 centuries.

This wine is from the Papas single vineyard at Megalochori, just below the village of Pyrgos at 300m above sea level. The grapes are grown on extremely low-yielding 150 year old Assyrtiko vines , pruned in the traditonal basket format found on the island. Only 1200 bottles of this wine were made.

The wine is produced via a classic white vinification under controlled temperature following a short pre-fermentation cold soak. Maturation with the gross lees for 22 months in stainless steel tank and 2 months in large old Austrian oak barrels before bottling. A further year of cellaring follows to enhance integration and complexity.

Tasting Notes: This is the pinnacle of ageworthy Assyrtiko, with an intensely saline, mineral palate that echoes the unique growing conditions of this incredible island. Etched with white flowers, oyster-shell, grapefruit, peach-skin and white pepper. A liquid pumice core of incredible intensity that lingers for several minutes on the palate and in the head. A unique, uncompromising, haunting wine.